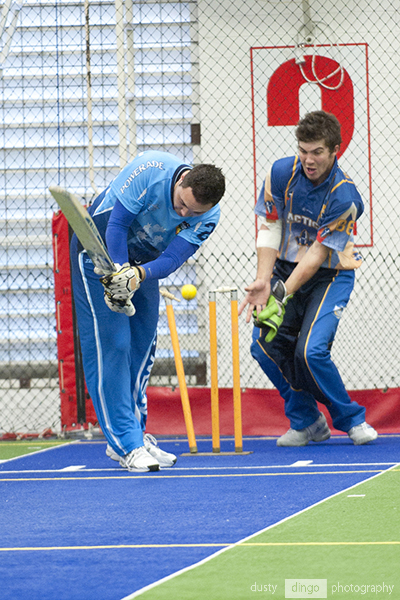 Lorem Ipsum is simply dummy text of the printing and

Lorem Ipsum has been the industry’s standard dummy text ever since the 1500s.

A ball passing on or outside this line is deemed a "leg-side wide", and attracts a 2 run penalty. There are two such lines, one on either side of the wicket, to allow for left-handed batsmen/women.

No player is allowed within this area until the ball has been hit by the batsman/woman, has hit their person, or has passed by them. Incursions bring a "no-ball" call.

This is the crease the batsman/woman must make to score a run. In "normal" cricket, this line is at the bowler's crease - in Indoor-Cricket it is half-way between the bowler's and batsman's crease.
This line also determines how a fielding side sets its field: it divides the court into halves, and there must be no more than four fielders in either half until the bowler lets go of the ball.

Edge of the pitch

A ball passing on or outside the edge of the pitch (on the "off" side of the pitch), is deemed a "wide", and attracts a 2 run penalty. (The "off" side of the pitch is the side faced by the batsman/woman as he/she stands at the wicket. The side 'behind' the batsman/woman is known as the "on" side).
NOTE: leg-sides and wides are both judged at the intersection of the Batsman's crease and the edge of the pitch, or the leg-side line.
A ball pitching (landing) off the pitch area is deemed a "no-ball", and attracts a 2 run-penalty, regardless of where it eventually intersects the Batsman's crease.

This is the crease used to judge run-outs at that end of court - to successfully complete a run, part of the batsman's/woman's person, or more usually their bat, must be in contact with the ground behind (toward the wicket) this line before the wicket is broken. This applies to stumpings also.
The intersection of this line with the edge of the pitch, and the leg-side line, is the point at which "wides" and "leg-side wides" are judged.

This line is used to judge "front-foot no-balls". No part of the bowler's foot may be over (on the batsman's side) or in contact with this line at the point of delivery (the moment he/she lets go of the ball when bowling).

Further explanation and commentary on all the above is contained in the "Rules" pages.